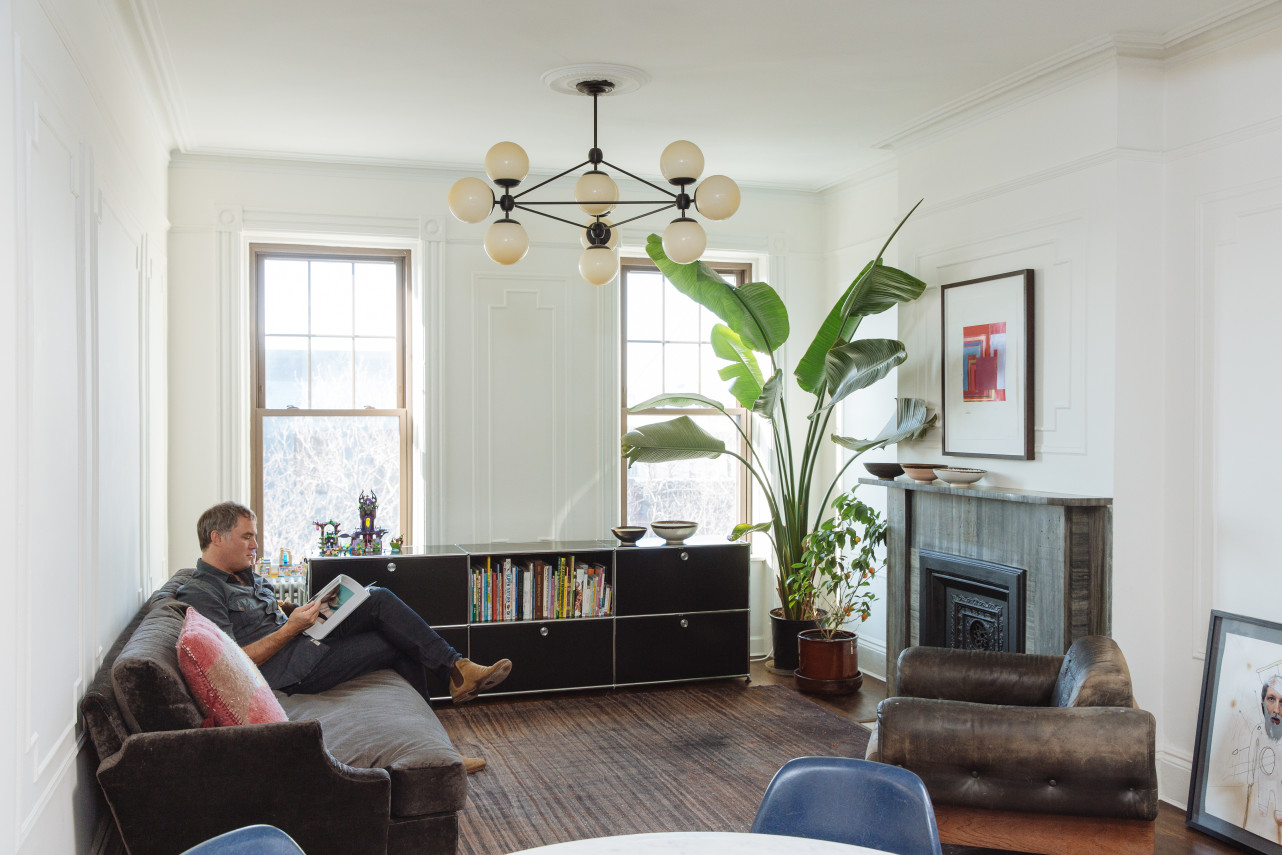 In Jason Miller’s life and work, it’s clear that quality comes before quantity. His apartment in the residential neighborhood of Carroll Gardens is an airy, classic Brooklyn space where Miller lives with his six-year-old daughter, Tuesday. The quietly confident designer is known for his lighting, a blend of modernist geometry and American signifiers—Edison bulbs, deer antlers—an example of which hangs from the apartment ceiling like a heavenly constellation alongside paintings from Peter Halley and Tony Matelli. The designer’s story is a unique one. He studied painting at Indiana University before getting his MFA from the New York Academy of Art and working in the factory-like studio of the artist Jeff Koons before creating his own designs. Two years later a curator asked him to participate in an exhibition and he showed a lighting piece that immediately attracted attention, leading to his first commercially successful product. He came to his current practice through participating in the ascendant Brooklyn art scene of the 2000s and his approach is defined by an openness to new ideas and collaboration. Through Roll & Hill, a company based in Industry City, a nearby complex of warehouses that have been refurbished into modern glass-and-steel office space, Miller manufactures designs for other artists and firms as well as his own work. The designer’s philosophy of careful experimentation and scaled modular production makes him a design voice well worth following. 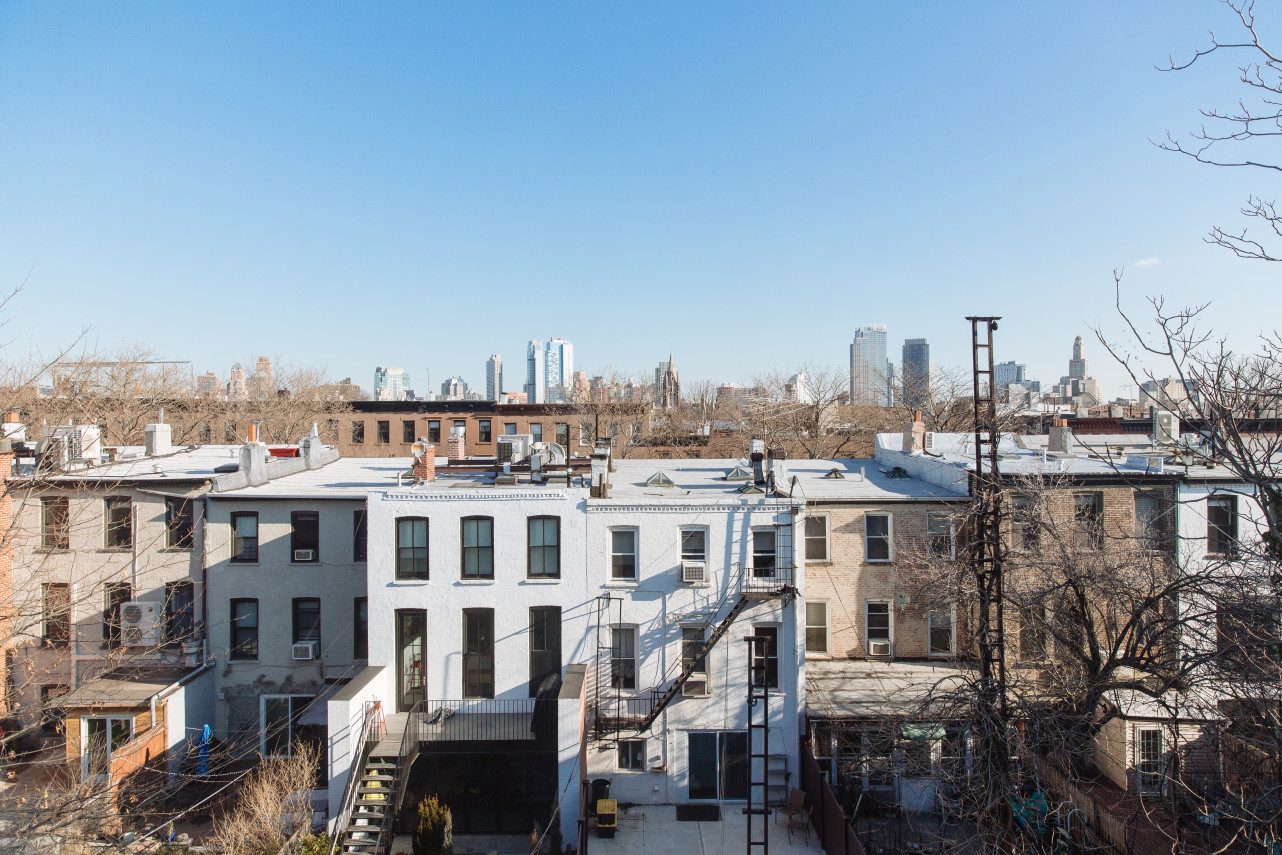 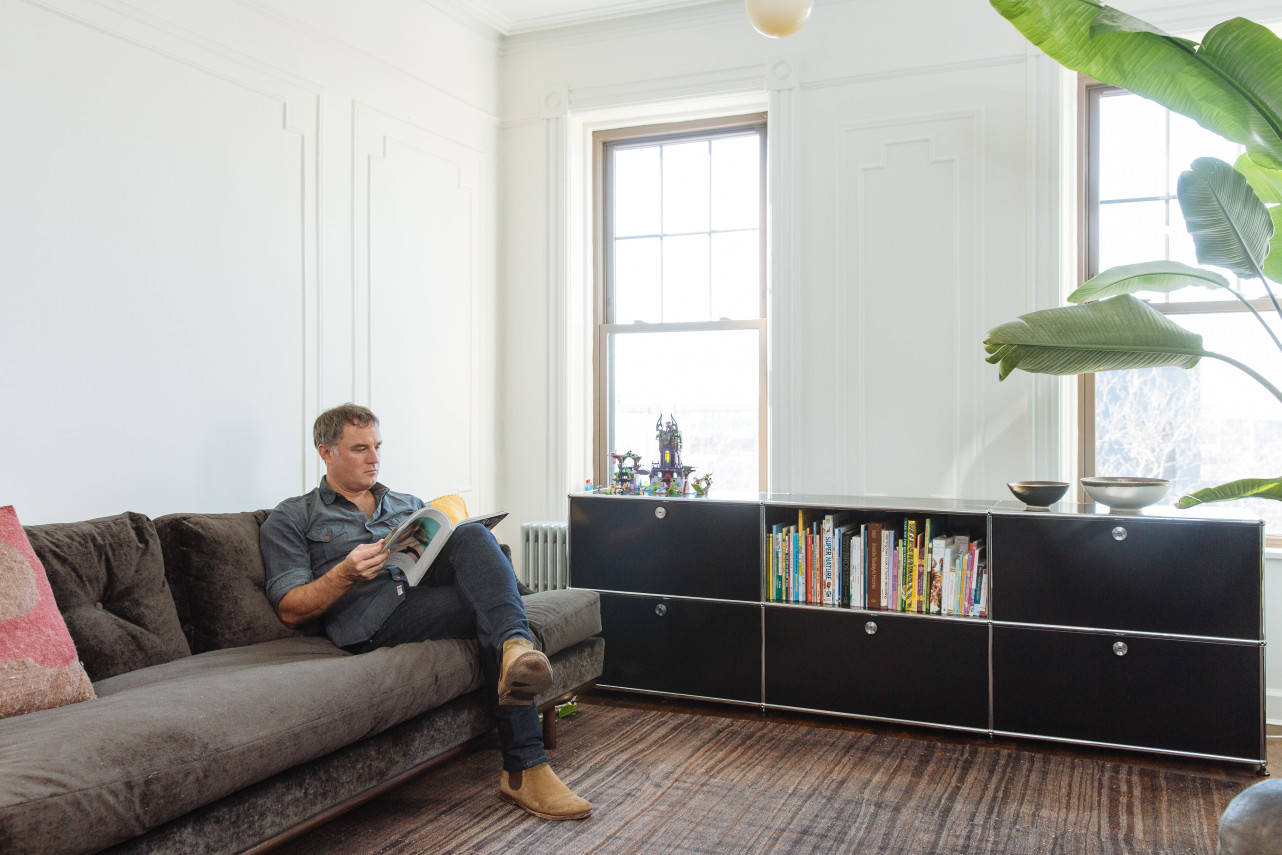 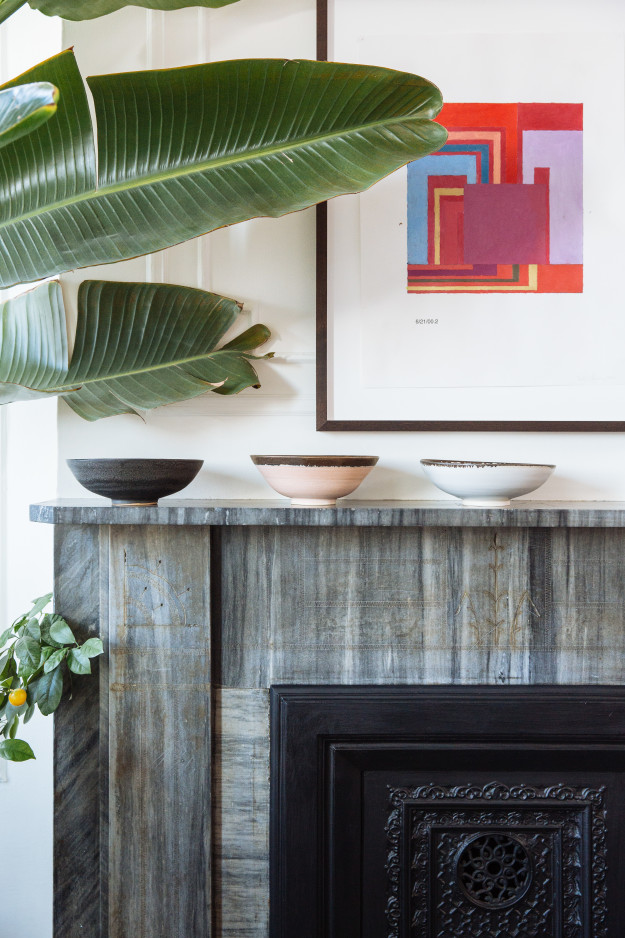 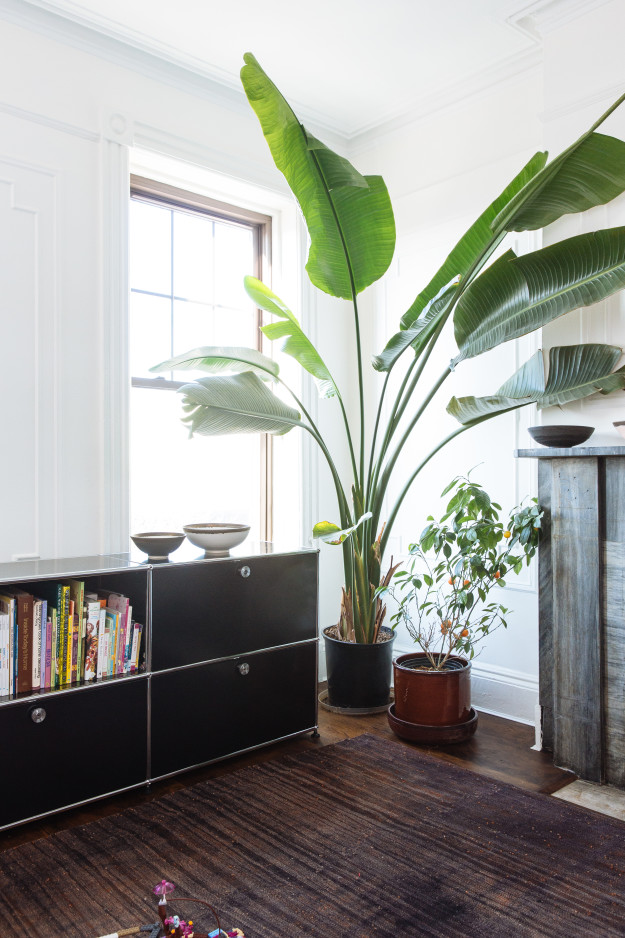 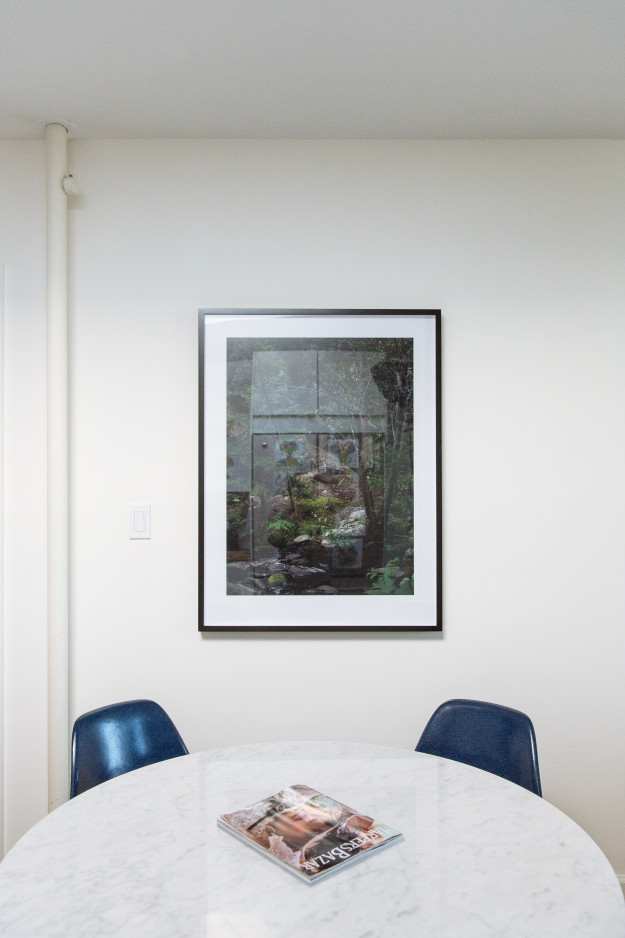 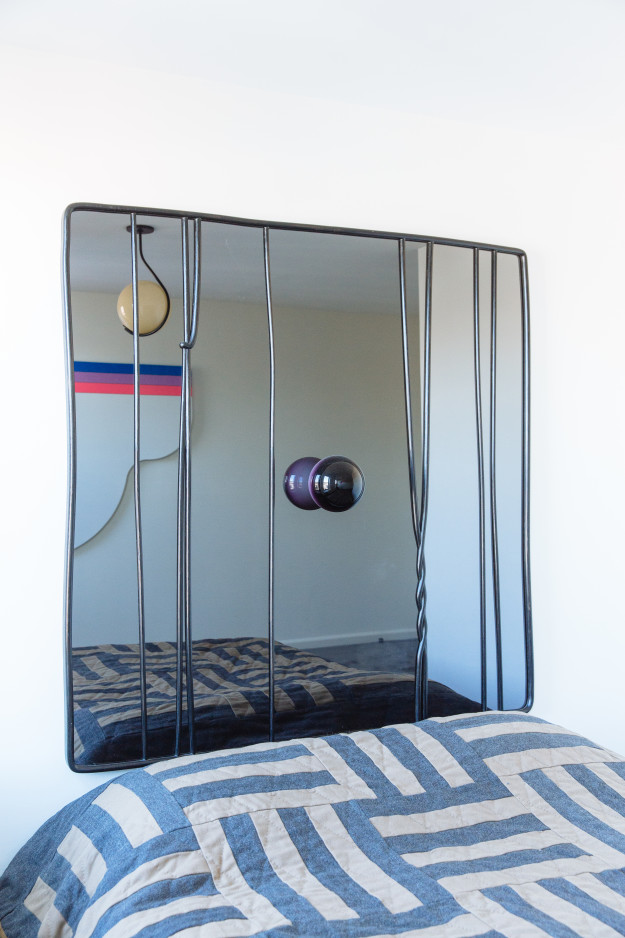 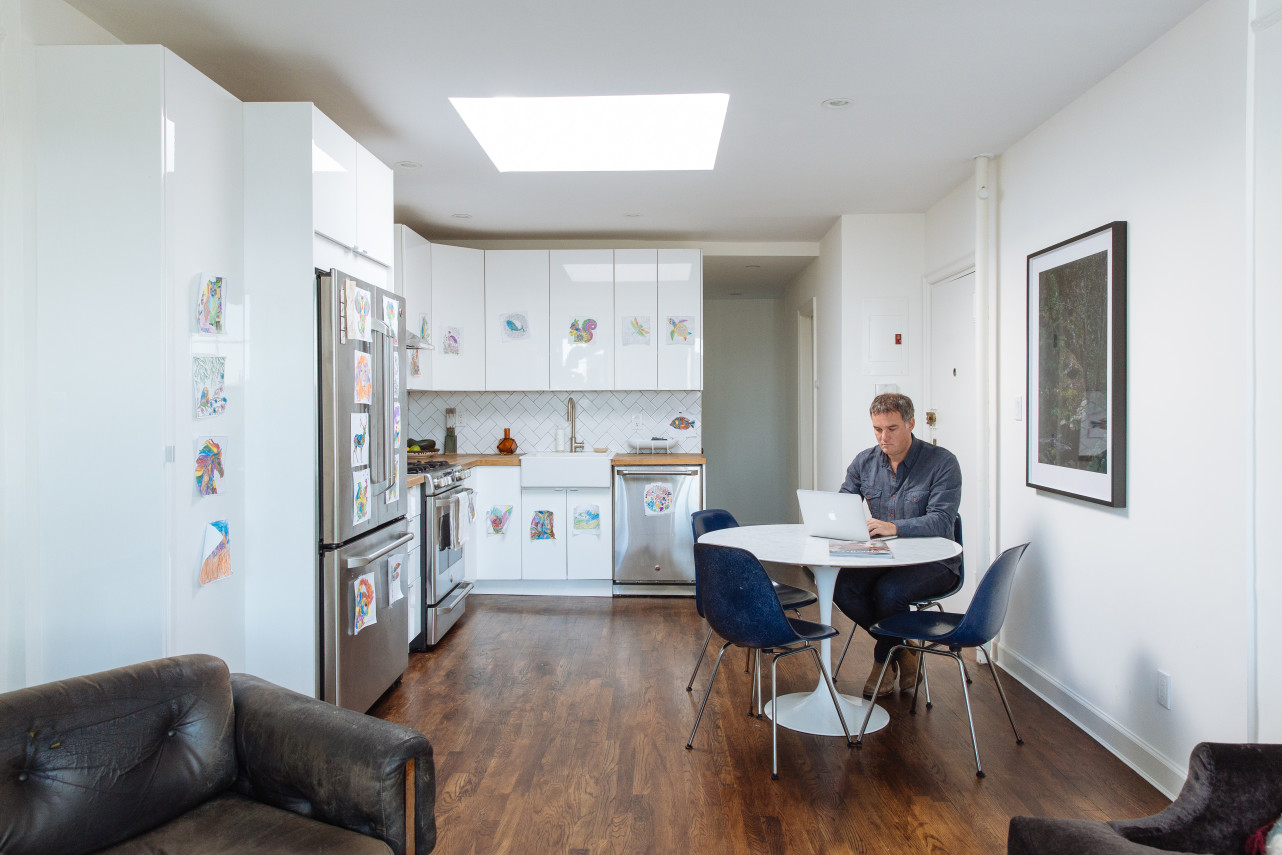 What first interested you in visual art, particularly painting?

In high school I knew I wanted to go to art school. I liked making things, and that was the class that allowed me to make things. I think it was really as simple as that. I do like two-dimensional images; I like the physicality of paint.

You grew up in suburban Connecticut; what was that environment like for a young artist?

There was no one in my life or in school saying go be an artist, go be a designer. The direction they push you toward is four-year college, getting a job as a lawyer, banker, a professional. To go outside of that box was new to everyone, so there wasn’t any direction. My parents were supportive, though.

How did you end up in Brooklyn?

I moved to the city to go to graduate school and then my first job after graduate school was working for Jeff Koons. The real interesting part of that was not Jeff himself but the people I was working with. They were all young, ambitious people who wanted to be artists. They were all in their mid-twenties; there was this really good group of people that I’ve remained friends with for 20 years. Many of them lived in Brooklyn—there was more space, more freedom. 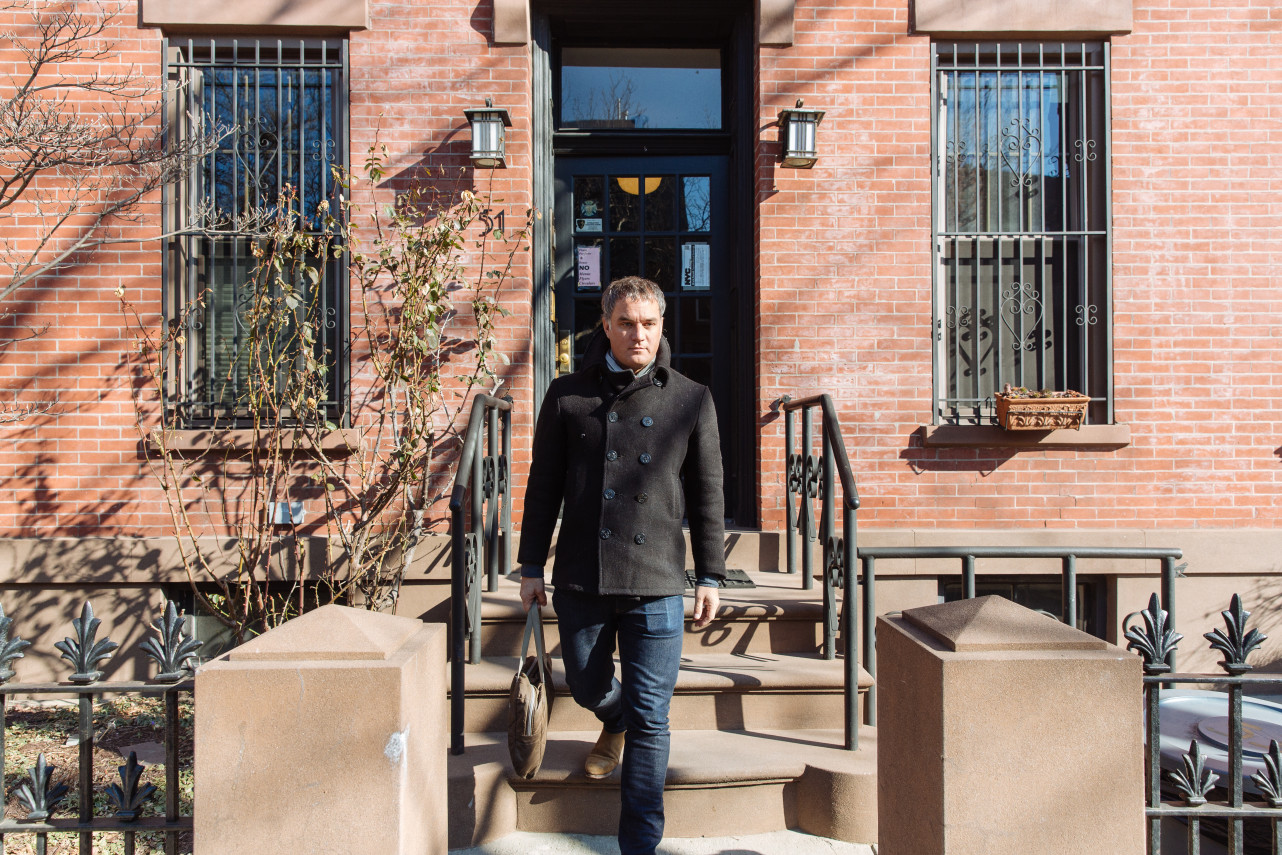 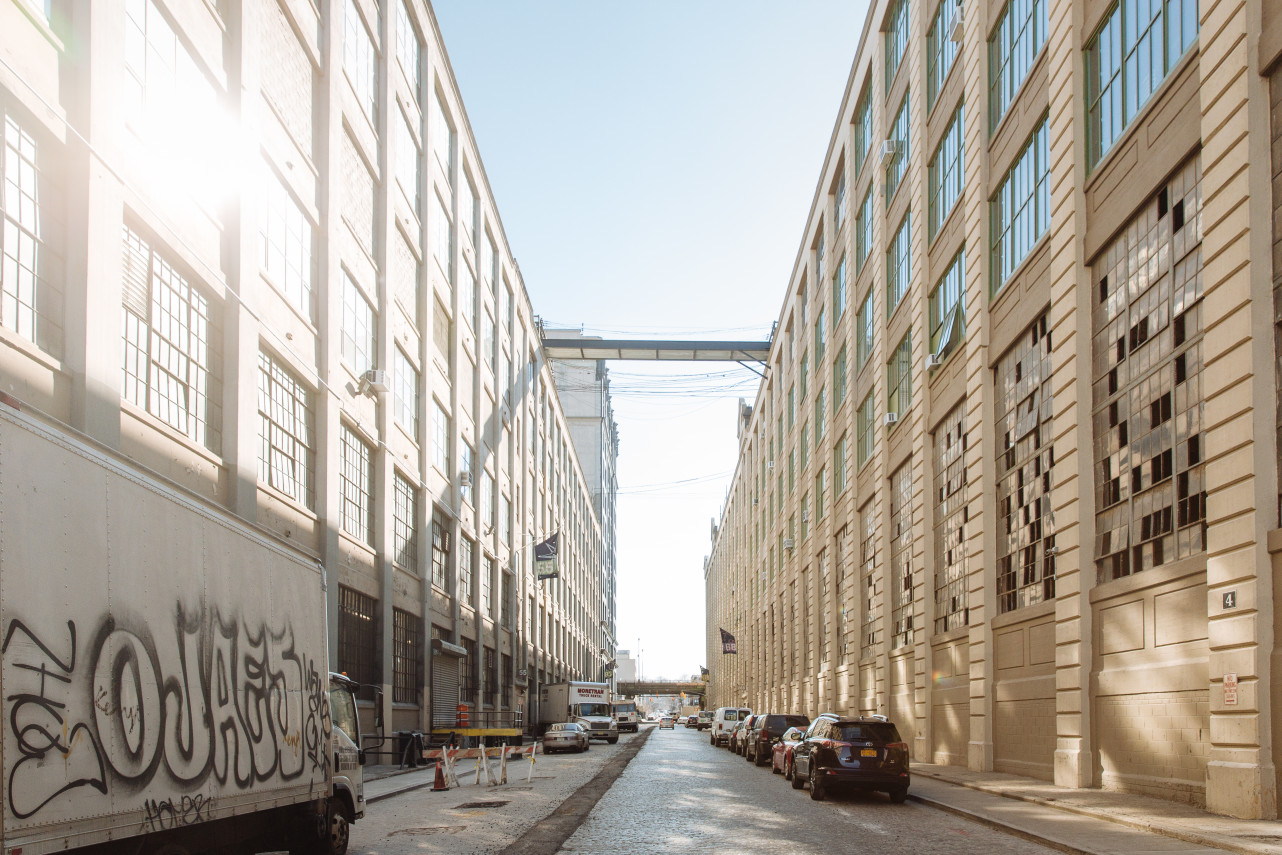 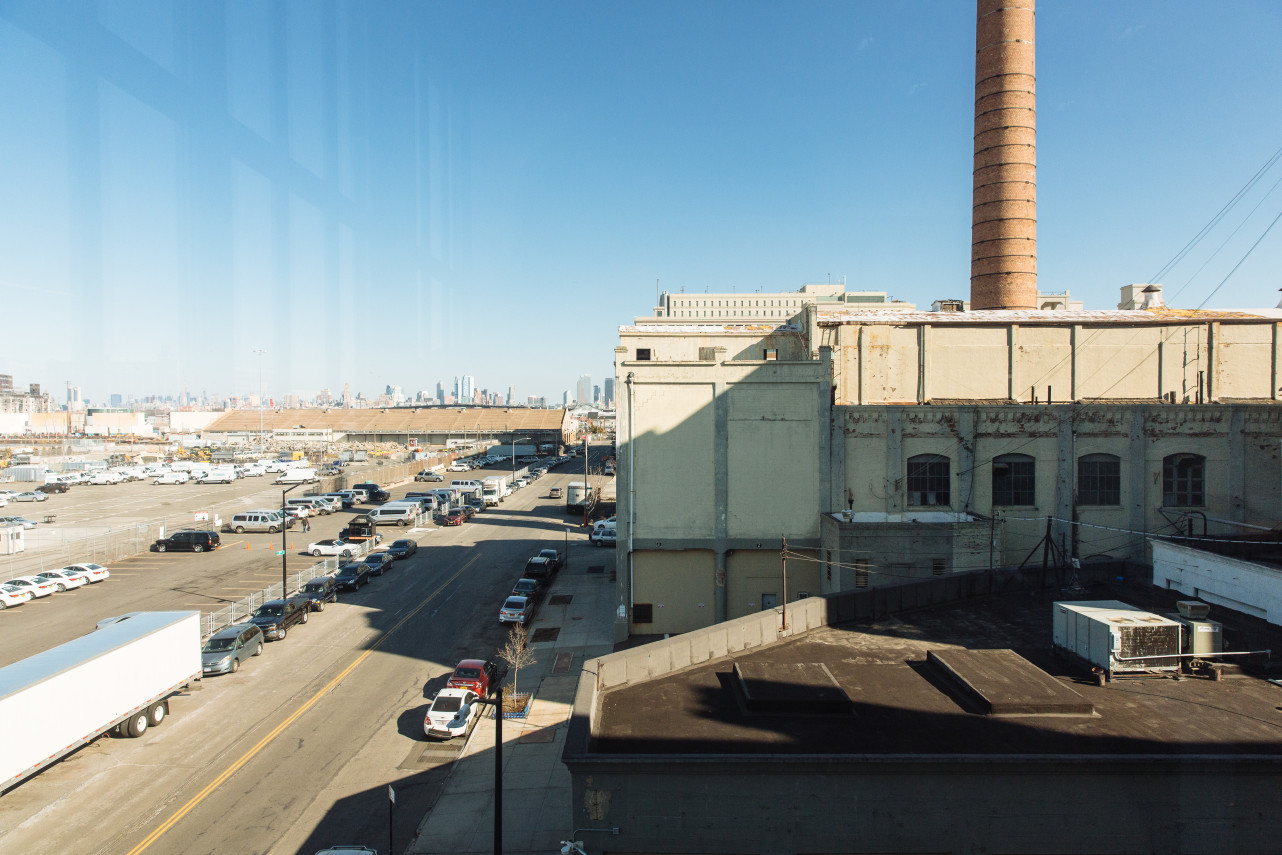 “My first job after graduate school was working for Jeff Koons. The real interesting part of that was not Jeff himself but the people I was working with. They were all young, ambitious people who wanted to be artists.”

Brooklyn’s changed a lot in the past twenty years.

I lived in Williamsburg and Greenpoint for 15 years and in that time it went from really a derelict neighborhood where there was literally no ATM to a place where there’s an Apple store on Bedford Avenue. It’s been dramatic. I’ve got nostalgic ideas about the late ‘90s in Williamsburg but I don’t think I wish it never changed. The creative community: artists, designers, musicians, whatever, still absolutely lives and exists in Brooklyn. I think Brooklyn is the heart of culture in New York right now, but it’s a little bit more dispersed. It’s not all in one specific neighborhood like it was 10 or 20 years ago.

What was it like back when Williamsburg was the artistic center?

Artistic community was the best thing about it. Not that we didn’t go to bars, but we would go hang out in people’s studios as much as we did bars or restaurants. The idea of making things was a part of everything we did, what we did socially going out at night, everything was all intertwined.

Your transition from painting into industrial design isn’t a change that many artists make.

I just happened into it. It only became a commercial success after I was asked to do a show by a curator. He had come up with a concept that he was making a show around and my contribution to that was lighting, just because I thought it fit his curatorial idea. What I didn’t realize at the time was that it was going to be lucrative and popular. I was thrilled. I could finally pay my bills doing what I wanted to do. 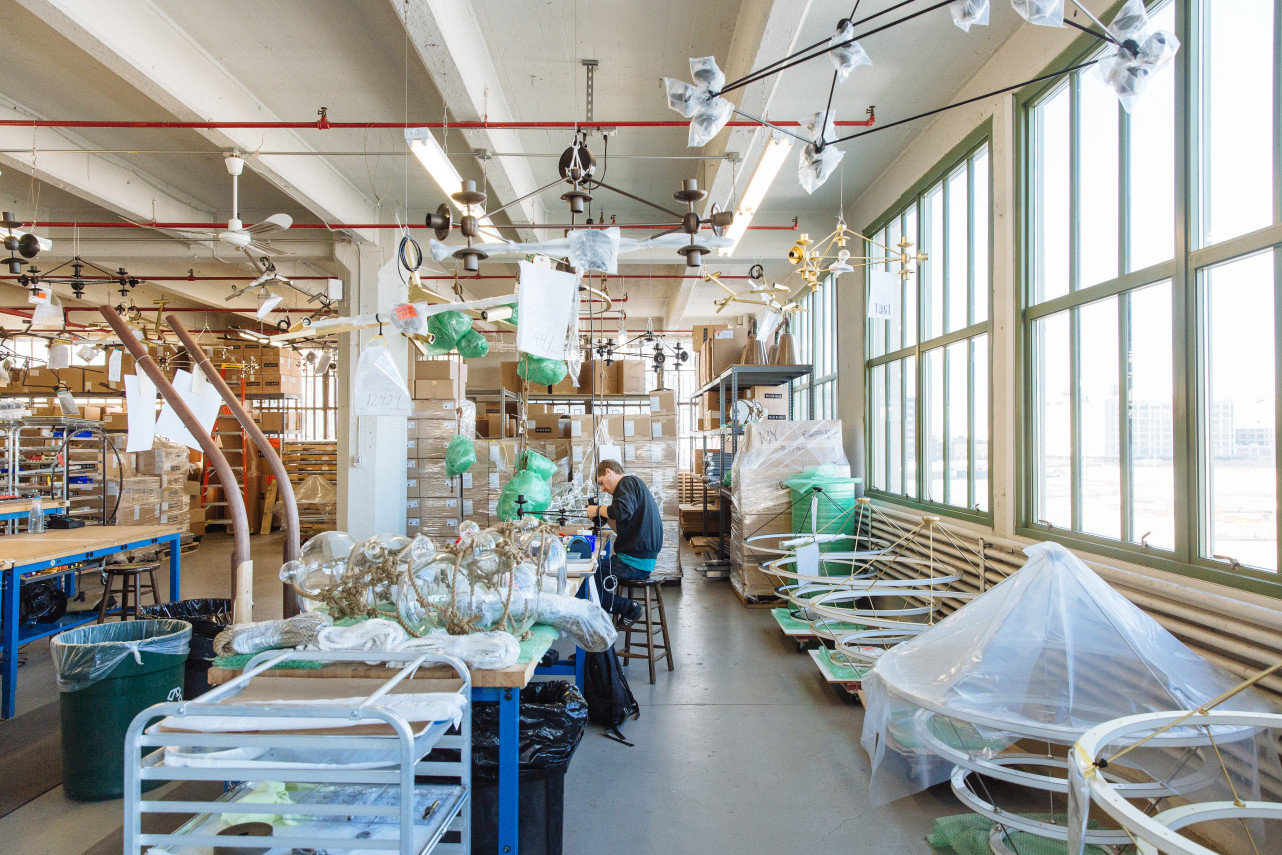 At Roll & Hill, Miller’s team is able to scale up production to manufacture pieces for other designers or create custom lighting. 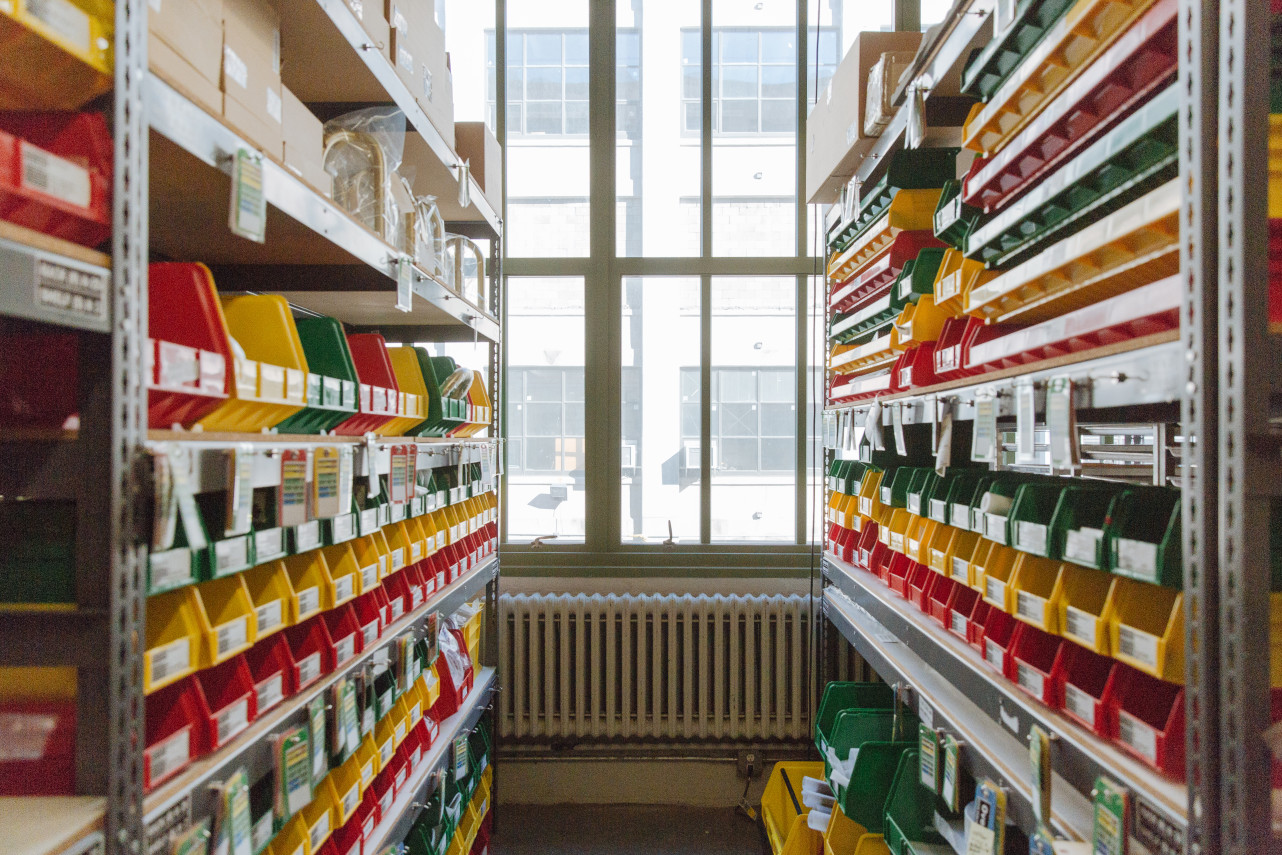 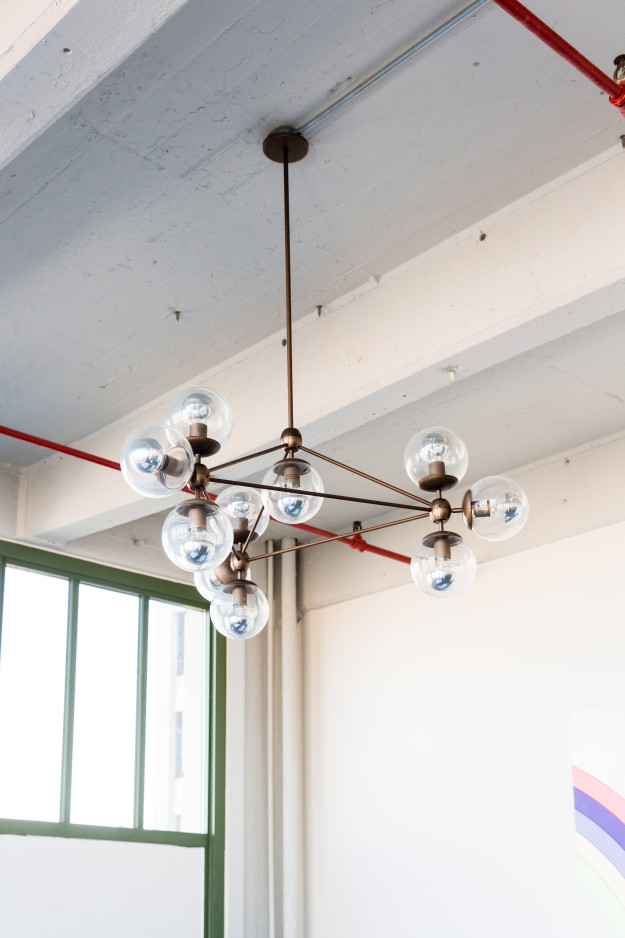 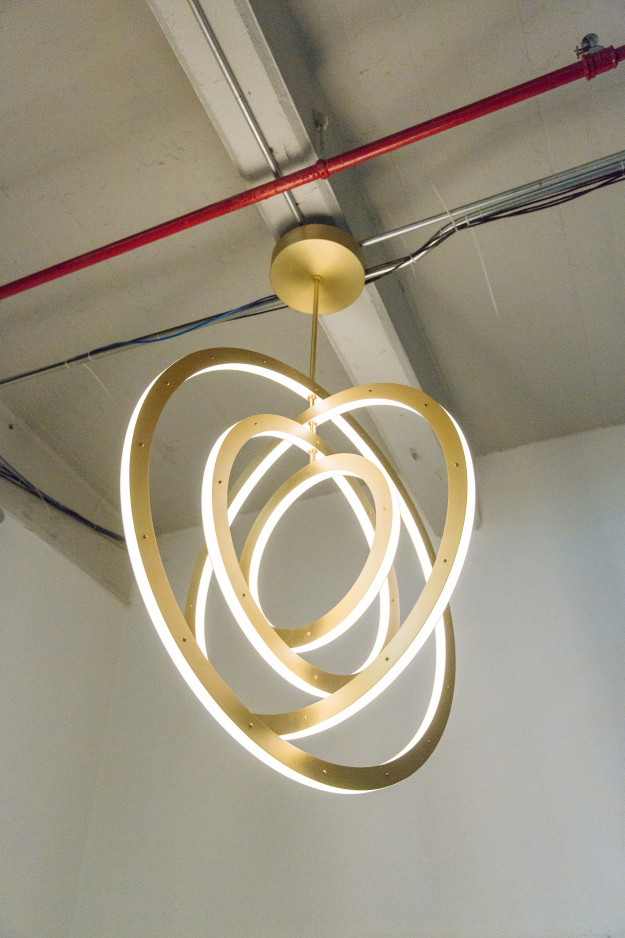 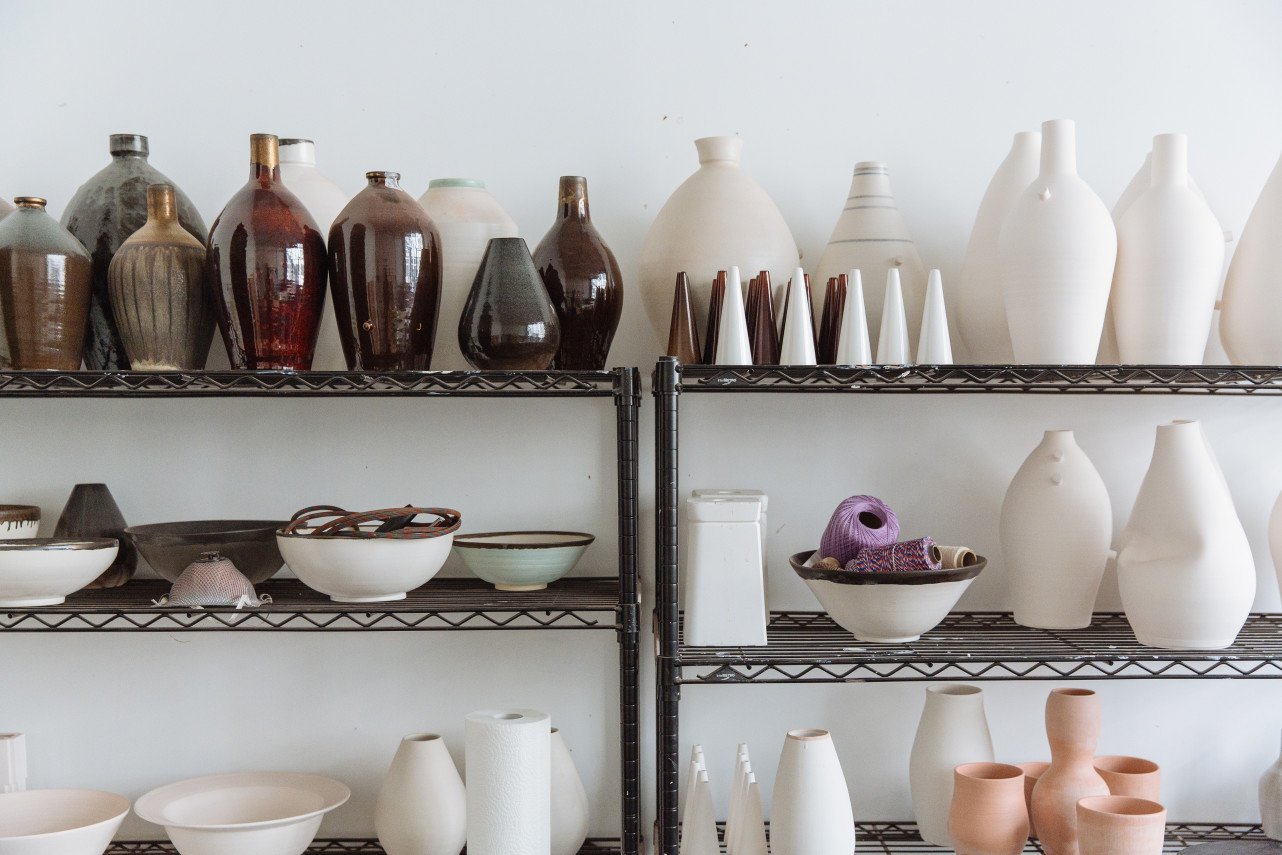 “That’s the failed idea of modernism, the implication that everyone needs one chair and I’m going to make the perfect chair and then the world will not need another chair.”

What’s the difference between working in design rather than visual art?

I think people who really want to explore visual art and hide in the design community do themselves a disservice. I’ve never thought about it that way. Once I stopped making art, I stopped. I was making design. The goal of design is to make people feel good; I specifically focus on home design. What does a home do for someone? It comforts them, makes them feel warm and welcome. That’s what design does.

You have USM Haller System shelving in both your apartment and studio. What do you find so compelling about it?

It works well in both office and domestic environments. I’m a big fan. I think modularity can be cold and boring a lot of times but when it’s done well, like USM furniture or some of our lighting, you don’t notice it. It allows you a lot of flexibility but it doesn’t become the thing itself.

How does it play into your sense of a pleasant space?

I don’t like minimal architecture, the way everything is cold and straight and clean. In my space what I try to focus on is to create a space that feels good and has a certain sense of peace rather than noise. Visually, USM feels good to me. 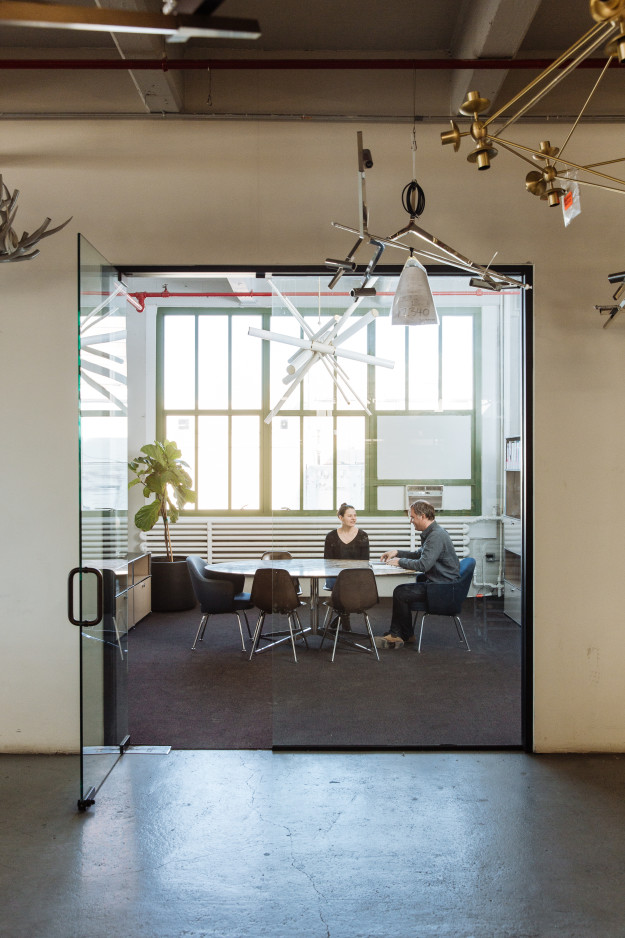 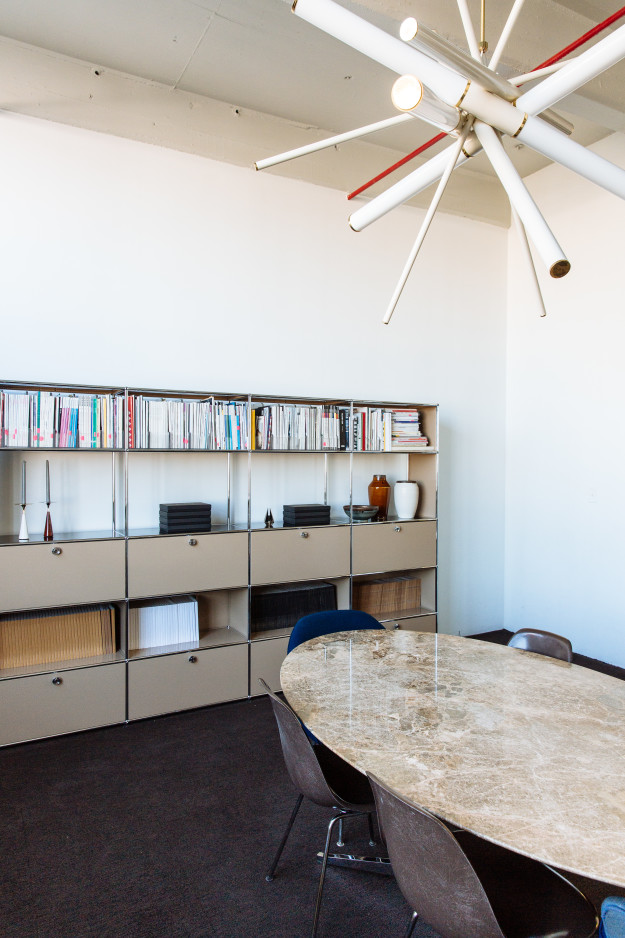 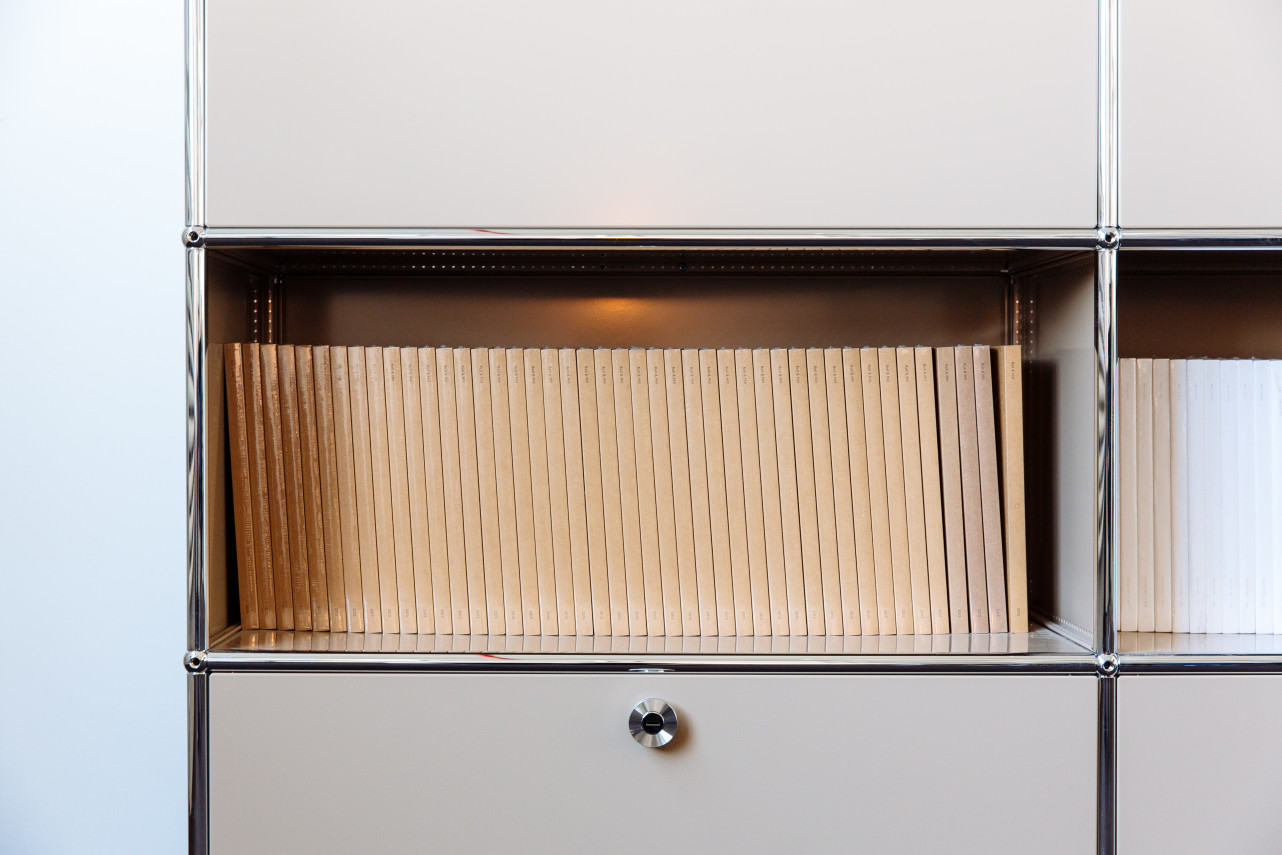 “I think modularity can be cold and boring a lot of times but when it’s done well, like USM furniture or some of our lighting, you don’t notice it.” 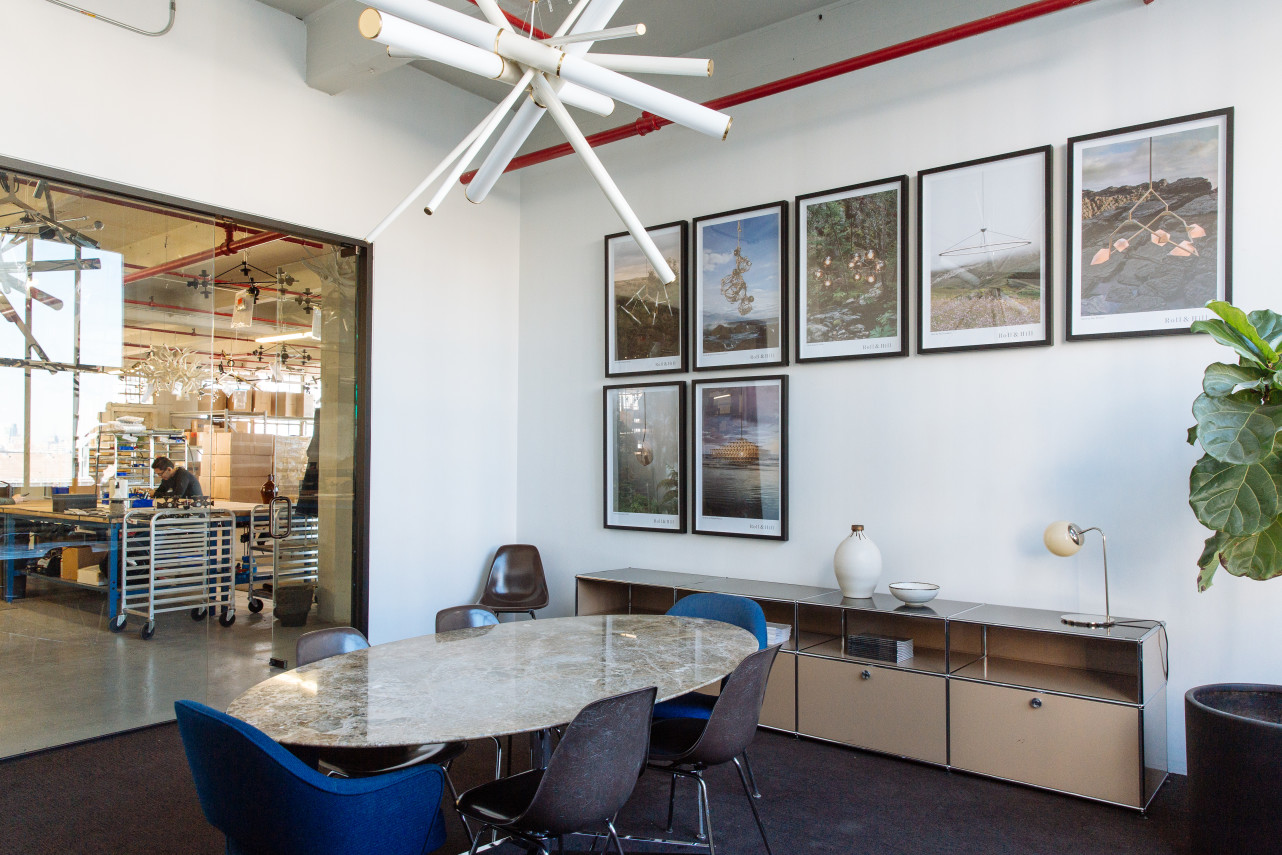 How does the idea of Americana enter into your work — are you inspired by a particularly American vernacular?

The fact that I’m American and I live in America is a huge part of what I do. Americana is a little different, I try to stay away from that sense of being nostalgic or retro. It’s not really a political stance, it’s a cultural stance: location matters, we have different customs, we eat different food, we use different subways than other places in the world and that affects our visual understanding.

So much design seems to look the same, lately, regardless of where it was made.

That’s the failed idea of modernism, the implication that everyone needs one chair and I’m going to make the perfect chair and then the world will not need another chair. I don’t believe that idea. The opposite of that idea is I’m going to make this one chair perfect for this one person and when I make the chair for the next person I’ll make it perfect for that person.

Thank you, Jason Miller, for inviting us into his serene apartment and studio workshop. We appreciate your ease of conversation and insightful thoughts on interior design. For more of Jason’s work, check out the Roll and Hill website here and his own site here. 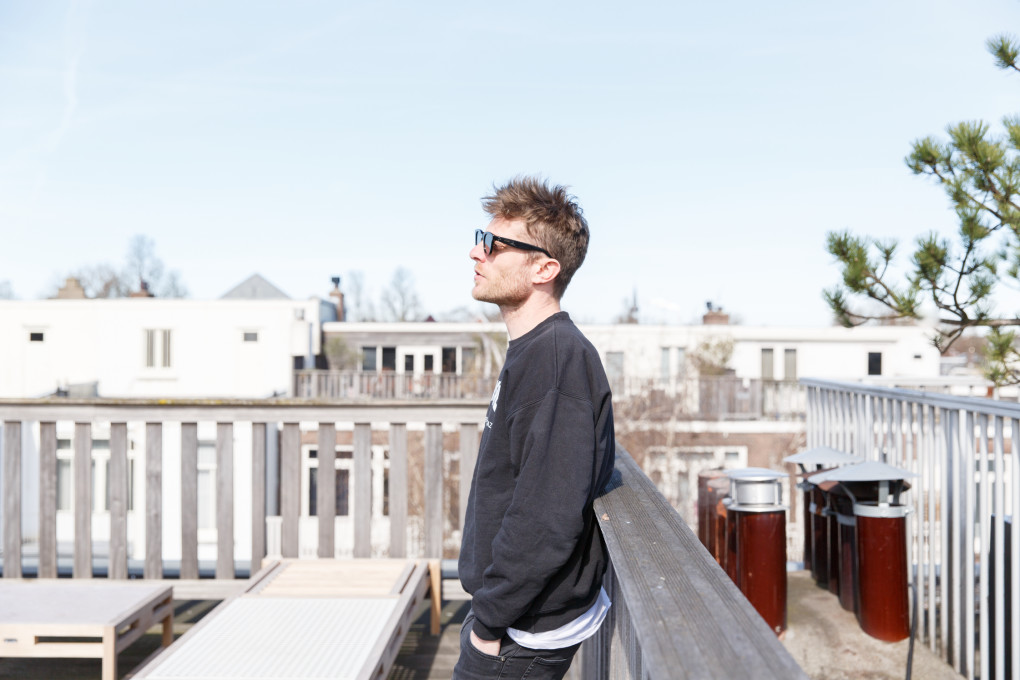 “I like beautiful furniture. I think I’ve been influenced by my work, by always being surrounded by the best.” 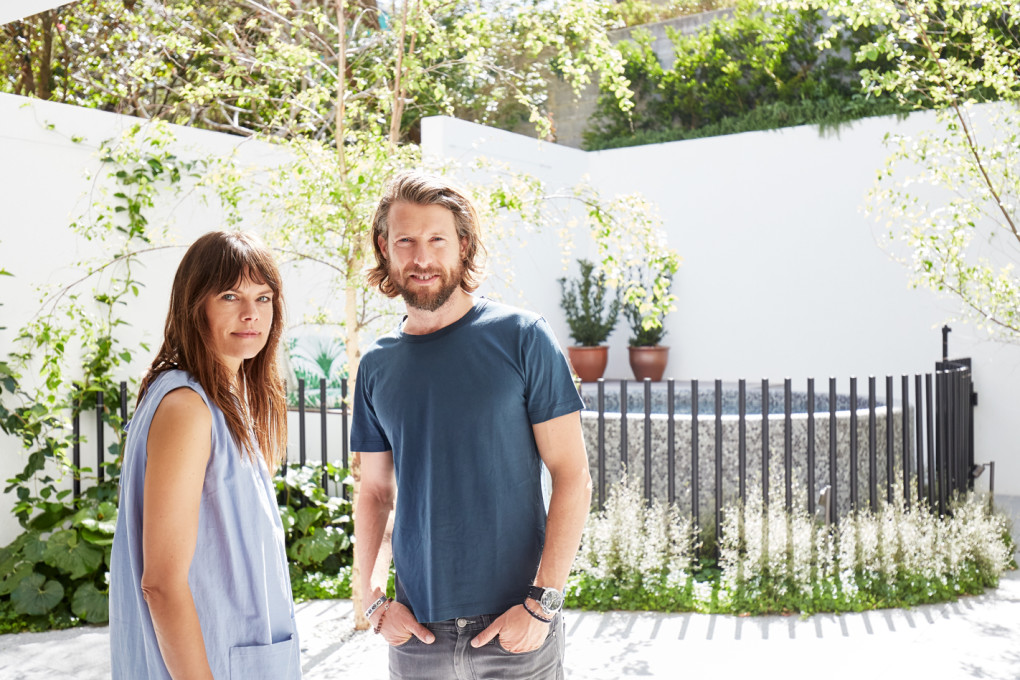 “The arts and creativity have been a constant in my life, in various manifestations.”